Your initial consultation is always free. Please leave your phone number or email and I will contact you to set up a call.

I offer clients a unique combination of top notch academic credentials, major law firm experience as a corporate tax lawyer, and decades working with both small business and individuals. Offering a wide range of services, ranging from estate planning to business valuation. I have worked with many high net worth individuals, especially business owners and executives, and have extensive experience as both a General Counsel and a C-level executive. I can quickly and efficiently understand and resolve complex legal and business issues, and will find solutions to meet your individual needs.

After 30 years, I know enough to know what I don’t know and when to reach out for specialized expertise. I have an extensive network of other lawyers, accountants and other professionals, and I can provide referrals for you or manage the relationship, at your discretion. 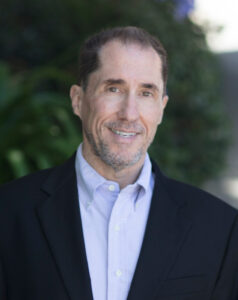 With 3 decades of legal, financial and business expertise, I offer my clients a rare and very broad combination of skills and experience. In particular, I know what it is like to balance competing interests in complex situations, and how to get past legal technicalities to close deals or resolve the myriad issues affecting small to medium businesses. I am especially passionate about my growing wills, trusts and estate planning practice, where I can combine

I began my professional career as a big firm lawyer. After graduating from Yale and UVA Law School, I joined O’Melveny & Myers as a Wall Street corporate tax & finance attorney. I left O’Melveny to enter the tech start-up and entrepreneurial world. Both as a legal and business consultant and as in-house General Counsel, I played a key role in structuring, financing and building several early digital media companies during the dot.com boom.

My involvement with interactive tech companies led to several years in the advertising business, as interactive technology and advertising first came together. The venture fund William E. Simon & Sons brought me in as COO/CFO to manage their $10MM investment in SF Interactive, one of the pioneers of interactive advertising. After guiding SFI’s finances through the carnage of the dot.com crash, I then helped engineer a successful merger with Butler, Shine, Stern, one of the largest independent agencies on the West Coast. After the merger, I became COO and a partner at the combined company, which became Butler, Shine, Stern & Partners (I was one of two “& Partners”).

After several years at Butler, Shine, I had the opportunity to become the COO of Chrysalis Ventures, a $400 million venture capital fund based in Louisville, KY. I missed the Bay area too much however, and returned to San Francisco, where I have been ever since.